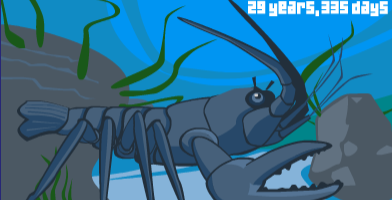 Once a upon a time,
There was a lobster named Snap. Snap was abandoned by his parents, well not really. It sort of went more like this...

Snap's mother was released from hospital for 2 days already, she was super excited that she had a baby lobster. Snap was very calm, or at least at the time. He was a cute baby.

One day, his parents decided to take him on a nice swim around the sea floors. They swam and crawled on the seas surface. Snap was bored so Snap decided to hop out of his little pouch bag that his mother uses to carry him around in. Snap was starting to understand the nature around him, but he wasn't 18! He can't leave his parents, he is only 3!

Snap didn't even know 100% how to swim or crawl! Any prey could come and swallow him up if they wanted.

Meanwhile back at his parents area they just found out he wasn't in his mothers pouch bag! They were freaking out and I mean FREAKING OUT! They thought the best way to find him was to retrace a couple of their steps and then look around those areas.

Snap was getting the hang of crawling and swimming so he swam to a tiny little cave that was hidden under some big rocks, aka his NEW home.

His parents were devastated they couldn't find him! They called the lobster police to find him, but even he didn't succeed He said the team would look into it more on later because they have some other issues to deal with too.

15 years passed, nobody succeed to find Snap yet. Now I get it, Snap is 18 now he should be able to find his own parents. But the truth was he didn't want to find them. He thought it was cool how they were giving him attention when he was lost (don't get me wrong they did give attention to him all the time).

Like I said Snap was 18 now which means he is meant to be moving out now. But since he ditched his parents, looks like he has already moved up another level. Snap was starving he lasted a long time without food precisely for 7 years. When he turned 10 he decided to find food and ever since then he just ate crabs and stuff.

But this time he didn't find ANYTHING to eat not even a little oyster! He was starving so he decided to look 1 last time.

Then BAM it was right then and there the biggest crab Snap had ever seen! He had to get his hands on it. So he creeped and sneacked behind it...

"wah, I got you now!" Said Snap holding on to the poor little creature!

Afterwards I can't explain this to you, lets just say he ate him all up!

What do you think about Snap? Was it a good choice for him that he decided to ditch his parents? Or should he have not done that? Let m now in the comments! 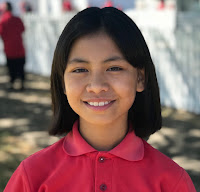